The most recent International Naginata Federation (INF) seminar was held in the Netherlands city of Amstelveen, next to Amsterdam, from August 22-24, 2014.There were about 85 participants from Australia, Belgium, Britain, Czech Republic, France, Germany, Israel, Japan, the Netherlands, Portugal, Russia, Sweden and the USA who attended.

This great event, organized by the Netherlands Naginata Renmei, was conducted by a large delegation led by Hashimoto Kumiko, President of the INF, and Kimura Yasuko, Kyoshi, INF Director and Soke of the Tendo-ryu, who came from Japan.

The participants were divided into four groups in which they could all learn shikake-oji and bogu techniques in order to be ready for their examinations which were to be held on the last day of the seminar. The higher dan grade participants had a chance to practise the Zen Nihon Kata with Sunagawa-sensei and 5-dan members were asked to assist the sensei in the teaching programs.

On the second day of the seminar, all the participants had to take part in a small tournament. The 5-dan members organized it and led the shinpan team. The 3-dan and 4-dan members had to manage the shinpan duties and the shodan, 2-dan and kyu members participated in the engi and shiai tournament. It was an interesting exercise where everybody learned about the tournament process.

This seminar was once again a wonderful naginata experience from a technical but also human point of view. It gave all participants a chance to expand international relations between naginata practitioners and to strengthen links between members.

We are looking forward to meeting again at the forthcoming world championships in Montréal, Canada, on June 20, 2015.

About the European Championship:

It’s gonna happen on the 10 and 12th September at ULB (follow us on facebook for the the news!) 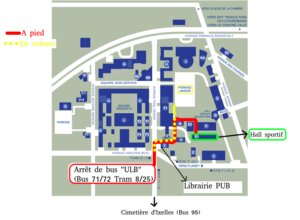